Great Ocean Road National Parks are diverse, covering the coast and rainforest. In fact, there is significant forest in these parts, which stretches for much of the course of the road and comes right down to the coast. The limestone stacks of the Twelve Apostles are the main talking point, while volcanoes, huge dunes and inland lakes are also protected.

Port Campbell National Park is arguably one of the most important national parks in Australia since it is home to the Twelve Apostles. It is situated between the beautiful Bay of Islands Coastal Park and the larger Great Otway National Park, to the east, and can be easily reached from Warrnambool hotels.

The Discovery Bay Coastal Park is another of Victoria’s marine parks, albeit located outside the scope of the Great Ocean Road, lying west of Port Fairy. Noted for its long sweep of rugged, dune-swept beach, it is a must for conservationist types. Behind is Lower Glenelg, with its long gorge and caves. Others in this region include the Cape Nelson State Park and the volcanic Mount Richmond National Park. 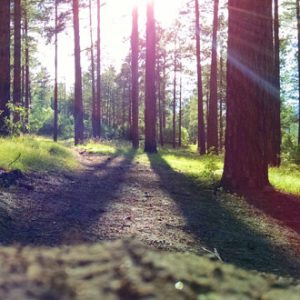 Otway National Park occupies the southernmost point of the Great Ocean Road and is the main reserve in this region. It rises up from Cape Otway into the Otway Forest and is home to massive trees, majestic waterfalls and incredible walking. The Great Ocean Walk cuts a swathe right through here, while Malt’s Rest is noted for well set, raised trails.

The Cape is actually a major stop-off place on this famous route, where the Great Ocean Road cuts inland; the farther south you go, the more remote it gets. The Cape Otway Lighthouse and the Otway Treetop Walk are major attractions.

There are other worthwhile state parks, reserves and Great Ocean Road National Parks within reach of the road, such as the Carlisle State Park and Brisbane Ranges National Park, while the Otway Forest is accessible from towns all the way down the coast, including from Torquay, Anglesea, Lorne, Apollo Bay and Princetown.

All of these have hotels and tourist facilities.